I have a feeling that there are going to be a lot of big movie hits this summer, especially for sequels. There’s numerous sequels of big name blockbusters coming out, and they’re getting lots of media hype.

Below are the sure-to-be-hits for 2015, and my predictions for each one

Insurgent, which is the sequel to Divergent, coming out March 20th. I didn’t see the first one, but it made a decent amount, $288M, which isn’t a box office record by any means, but sequels often make more money then the first, so I predict Insurgent will make at least $300M

Furious 7, coming out April 3rd. The Fast and The Furious franchise has made so much money it’s ridiculous, in total, all 6 films have made over $2.3B, and this will be the first film since Paul Walker’s death in 2013, so you can bet that this will break box office records. Fast and Furious 6 made almost $790M in 2013, so my prediction for 7 will be over $1B

Avengers: Age of Ultron, coming out May 1st. The first Avengers movie made $1.5B, putting it at #3 on the highest grossing box office records list, behind Titanic and Avatar. On the Flixster app, it says 100% of users want to see it, which by itself is pretty insane. Riding off of the popularity of the first one, I predict Age of Ultron might even hit $2B, or at least $1.75B 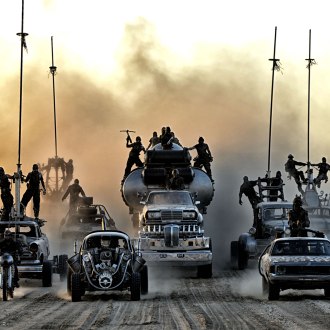 Mad Max: Fury Road, coming out May 15th. Mad Max came out in 1979, it’s an Australian film that starred Mel Gibson, and became the highest grossing film in Australia for a long time. It has two sequels, Mad Max 2 and Mad Max Beyond Thunderdome. Now, they were never huge box office hits in the US, but they have gained a cult classic status. It’s also been 30 years since Beyond Thunderdome came out, so I think people are excited to see what they’re going to do with it. I predict this one will make at least $400M, not a box office record, but still a big hit.

Jurassic World, coming out June 12th. You all know that I’m excited about this movie, and I might be a little biased about this movie, but I have high hopes and big predictions for it. It’s been 14 years since a Jurassic Park movie, and 22 since the original. The original made over $1B, and the sequels did well too. All three films add up to well over $2B, and I suspect that Jurassic World will do very well too, I predict at least $750M. They’ve been doing a lot of marketing leading up to June, and people have been very excited.

Terminator Genisys, coming out July 1st. This will be the 5th installment in the popular and successful Terminator franchise. The first one came out in 1984, and all 4 movies have a total of $1.4B. The last 2 didn’t do as well however, but it looks like they’re trying to turn the franchise around, so hopefully they’ll do a good job with it. I predict around $400M though, a bit low, but the 4th one only took in $370M.

Spectre, the newest James Bond film, coming out November 6th. Everyone knows about the Bond franchise, so there isn’t much to explain, except that Skyfall, from 2012, made over $1.1B, making it the highest grossing film ever in the UK, and the highest grossing Bond film…so far… I predict that Spectre will make over $1B as well. This will also be the 24th Bond film, the first was Dr. No, made in 1962, pretty crazy.

The Hunger Games: Mockingjay Part 2, coming out November 20th. The Hunger Games really surprised me, I saw the first one, and I honestly wasn’t impressed. I didn’t like the action scenes or the directing, I felt like the production of the film was seriously rushed, and I didn’t think Jennifer Lawrence did a good job. But when Catching Fire came out, I changed my mind. I felt like it was made much better, and J-Law did a great job. I saw Mockingjay Part 1 last year in theaters, and like all 2 part film series, the first one always feels like a lead in, or a build-up, and the second one is almost always better, so let’s hope Part 2 is the best film of the franchise! In total, The Hunger Games films have made over $2.3B, and Part 1 has made over $750M, so I see Part 2 easily making $1B 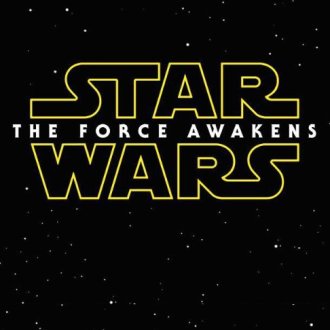 and finally, Star Wars Episode VII: The Force Awakens, coming out in December, but an exact release date hasn’t been announced yet. Like many of the film franchises on this list, Star Wars doesn’t need much of an introduction. Disney bought Lucasfilm in 2012, and ever since then people have been speculating over what Disney would do with it. They’re planning another trilogy, so there will be plenty more to come. The original 3 films, Episodes 4 – 6, made over $1.78B, and Episodes 1 – 3 made $2.5B, so in total over $4.3B. I predict that Episode 7 will make at least $1B.

So what do you think of my predictions? Do you think they’re accurate? What films are you most excited about?