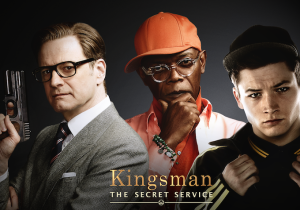 What happens when you take Colin Firth, Samuel L. Jackson with a Mike Tyson lisp, Michael Caine and a bunch of other British actors with hard to understand accents? You get a funny, gory, entertaining movie. It’s like a goofy James Bond film, which they reference many times in the movie. 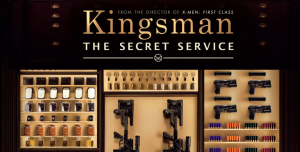 It was a really good movie though, the acting was great, Sam was hilarious, the action was fun and they built the tension well.

The film is about a secret underground English spy society called the Kinsgman. Many years after a tragic accident left one spy dead, Colin Firth’s character repays his debt to the deceased spy’s son (Eggsy) by inviting him into the secret service. After a series of tests and trials with 6 other candidates, it comes down to Eggsy and Roxy, I won’t tell you who becomes the spy, but basically they have to save the world from Richmond Valentine, a crazy billionaire played by Sam L. His crazy, evil plan is to make the world go crazy and kill each other as a form of population control to restart the world. 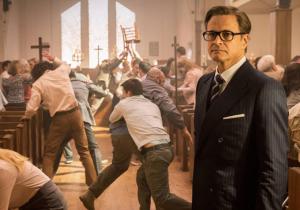 There’s tons of twists and turns to keep you interested and on the edge of your seat, saying “No! Not them!”, “What??”, “No way!”

All in all, it was a fun movie, the ending was ridiculous, but with a movie like this, how can it not be I guess, right?

I give this film a 3 and a half out of 5 stars because it was surprisingly funny, action-packed and unpredictable