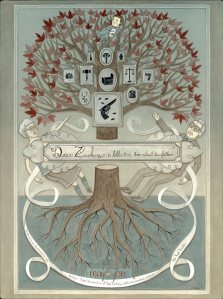 Back in 2001, a man named Andrew Bagbsy was found dead, and his ex-girlfriend was labeled as a suspect. Shirley Turner fled to Canada but was arrested in Newfoundland, but was released on bail after she revealed that she was pregnant with his daughter.

That’s what inspired Kurt Kuenne to make this documentary. It’s a sort of scrapbook memory of all of Andrew’s friends and family. Countless interviews and home video footage tell the story of a “friend to everyone” guy, some in the film describe him as a man who everyone wants to be their best man at their wedding. Kurt travels across the US and even into London to meet everyone that Andrew had an effect on.

As the documentary progresses, new information is found out and revealed about the trial and events, making this a very intense and gripping documentary, with a sort of “live news” feel to it as you watch.

I won’t reveal anything, but you should definitely take the time to watch it, very interesting and a lot of good has come from it due to Andrew Bagsby’s parents, David and Kate, who became activists after the unfortunate incidents that took place in the early 2000’s.

I give it a 5 out of 5, for the storytelling, editing, rawness and the live-update feel.