So, in an earlier post this year, I made a list of all of the big name movies coming out this year, with predictions for how much each one will make. Two of those movies have already hit theaters, so it’s time for an update! 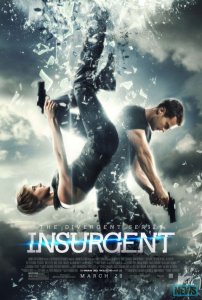 The second in the Divergent series, based on the popular novel series. Divergent, which was released in March of 2014, made $288M, so my prediction for Insurgent was upwards of $300M.

Currently Insurgent has raked in $190M, not too bad, considering it’s only been out for a few weeks, so I’m sure we’ll see this number climb before it leaves theaters in a month or two.

Oh man, this one is gonna be crazy, well, it’s already crazy, it’s been out for 3 days now and it’s already made over $185M, pretty nuts. It’s been breaking a lot of records, and I’m sure it’ll continue to since the weekend isn’t even over!

I originally predicted that Furious 7 will hit the $1B mark, and it’s almost a quarter of the way there! It might even go over! Fast and Furious 6 made $750M. This was Paul Walker’s last film, and I think that’s creating a huge draw to the movie.

Well, as we continue to speed through 2015, I’ll be sure to bring you updates on the latest numbers!

3 thoughts on “Insurgent and Furious 7”