On Easter Sunday this past week, a new Jurassic World picture surfaced on the Internet. 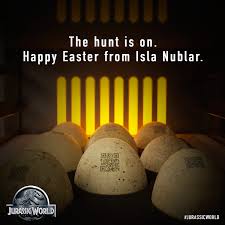 It’s a picture of dinosaur eggs in an incubator, with qr codes on them. If you scan the main one, it takes you to an image of a new book, entitled “God creates dinosaurs” by Ian Malcolm. 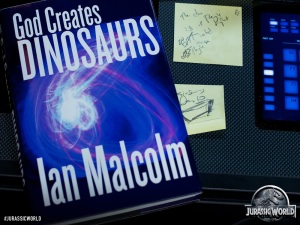 Ian Malcolm is Jeff Goldblum’s character from the first two Jurassic Park films. Of course, avid discussions across the interwebs sprang up about what this means for the upcoming film. Will Ian Malcolm make an appearance? Will they reference his book in the film? Is it a real book that will be released? No one knows for sure, but there’s rumored to be another trailer released tomorrow night, so be sure to check back again for more updates!