You’ve probably seen the 2009 film ‘I Love You, Man’ with funny-men Paul Rudd and Jason Segel, and if you haven’t, go watch it! 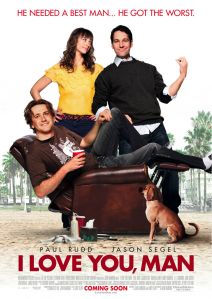 It’s a great movie, one of my favorites. Paul Rudd as ‘Peter Klaven‘ is super awkward in it, almost cringe-worthy, but hilarious at the same time.

But one of the lesser appreciated roles is that of ‘Zooey Rice‘, Peter’s new fiancee. Played by Rashida Jones, she’s hilarious, supportive and understanding, and that’s why we all need a Zooey in our lives, as a partner or as a friend. 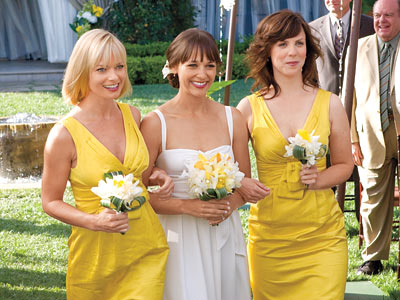 First of all, she has a close group of girl friends that she confides in, so at least you know she isn’t a crazy loner! 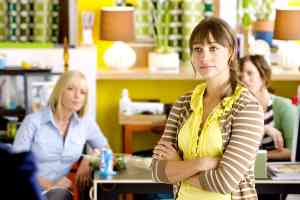 She’s also incredibly supportive and non-judgemental, as even when she realizes that Peter has no guy friends she doesn’t turn around and run away, she tries to help him find some.

She also encourages goofy behavior, like in this scene, one of my favorites.

It takes a minute, but she also understands that in order for Peter to have more guy friends, it means less time spent with her and more time with his potential new friends, even if it’s ridiculous.

And finally, she invites Sydney to their wedding even after he and Peter had a “man-breakup“.

Those are the reasons why we all need a Zooey in our lives!