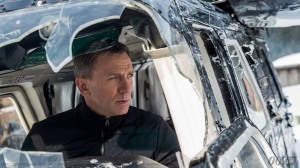 Unfortunately, Spectre was all story and no stuffing. No meat and potatoes. Just a cumbersome four-Bond-movie story arc, not enough Christoph Waltz, and a complex origin story.

Spectre is overly-interesting. There’s too much going on. Once the audience begins to realize that Spectre is a James Bond movie whose sole focus is revealing Bond’s origin story, things get a little confusing. So, there’s this evil bad guy that’s been following Bond since they were kids and has since destroyed everything and everyone he’s loved to get back at him for his father’s preference to Bond over his own son? Not to mention unraveling the Spectre corporation, falling in love with his long-time enemy’s daughter, protecting Britain from an over-the-top Orwellian plot by a secret Spectre agent that’s trying to put the whole world under surveillance (oh, and don’t forget Bond’s “00” occupation is in jeopardy)…more explosions, please! 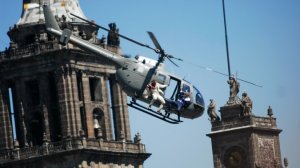 Daniel Craig does well with the script he was given, but give Michael Jordan a wiffle ball and he’s bound to score a few baskets. The script was weak, and dialogue was far too poor in too many scenes, and we’re left scratching our heads during the excessive exposition and grand panoramic shots that are sadly devoid of any explosions, gunfire, car chases, or even a rambling villain laying out his entire plot. No, Spectre is guilty of weaving a complex backstory that attempts to connect Casino Royale, Quantum of Solace, and Skyfall into one big gasp-so-that’s-what-it-all-means conclusions that’s just too top-heavy to work. There’s too much of this tired story and not enough action.

Even Bond’s villains are lacking. The main baddie, the incomparable Christoph Waltz, Academy Award Winner and top of the proverbial draft class for new Bond villains, is barely introduced halfway through the film, and is sorely lacking in any kind of serious “Gosh-this-guy-is-creepy” behavior that Waltz was born to play. He’s sadly more of a weak, full-of-himself flat character that doesn’t finish the shot at the rim (he constantly thinks he finally got Bond even after Craig resurfaces time and again). The mini-boss character, the bicep-flexing mountain of muscle (whose favorite and perhaps only way to kill someone is by gouging their eyes out) eventually succumbs to a clever but cliche fight tactic (the ol’ tie-a-rope-to-his-ankle-when-he’s-not-looking one, classic) Bond uses.

Overall, Spectre accomplished an important feat in the canon of James Bond – it reveals a colorful (if overly complex) origin story of our gun-slinging secret agent, and carries the story to conclusion as we see Bond ride off into the sunset, girl and car in all, finally retiring from the illustrious life of an assassin. However, Spectre stumbles in the sense that it relied too heavily on this origin story formula, and doesn’t produce what any red-blooded American (or British) citizen wants from a James Bond flick – gratuitous explosions, excessive gunfire, and high-speed classic car chases.

At least Daniel Craig had ample time to smirk and glare. I love when he does that.

Overall, I’d give it a